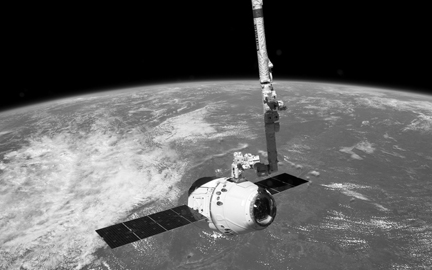 General Magnaplate is proudly celebrating its 60th Anniversary this year and the timing could not be better as it coincides with the successful launch of SpaceX’s Dragon capsule. Dr. Charles P. Covino, affectionately known as “Doc”, established the company in 1952 and the rest, as they say is history. Candi Aversenti, CEO of General Magnaplate, comments, “We are extremely proud to be celebrating sixty years in business, but more so we are proud to celebrate sixty years of serving our customers, sixty years of improving the quality of our customers’ products, and sixty years of contributing to some of mankind’s most valuable products and endeavors, including the NASA space program. General Magnaplate has a long history in the U.S. space program and the Company’s coatings have been utilized by NASA for coating mission-critical parts on virtually every vehicle sent into space.” “With such a strong aerospace background, General Magnaplate’s coatings were a natural choice” adds Candi Aversenti. “Our coatings have been engineered to withstand the harshest of environments, and for 60 years they have proven their ability to perform in mission-critical situations such as space flight.”

SpaceX holds a $1.6 billion contract with NASA to fly 12 unmanned supply missions to the space station, and the Dragon is the first privately developed spacecraft to visit the International Space Station. Dragon is not only the first privately developed spacecraft to successfully return from Earth orbit, but it is also the only reusable spacecraft in operation today. Aversenti continues, “We understand that space travel is one of the most exciting yet most difficult of all human endeavors. General Magnaplate is constantly innovating and developing new coating technologies and are proud that our coatings are playing a part in the dawn of a new age of space travel. This is another momentous step in the 60 year history of our company.”